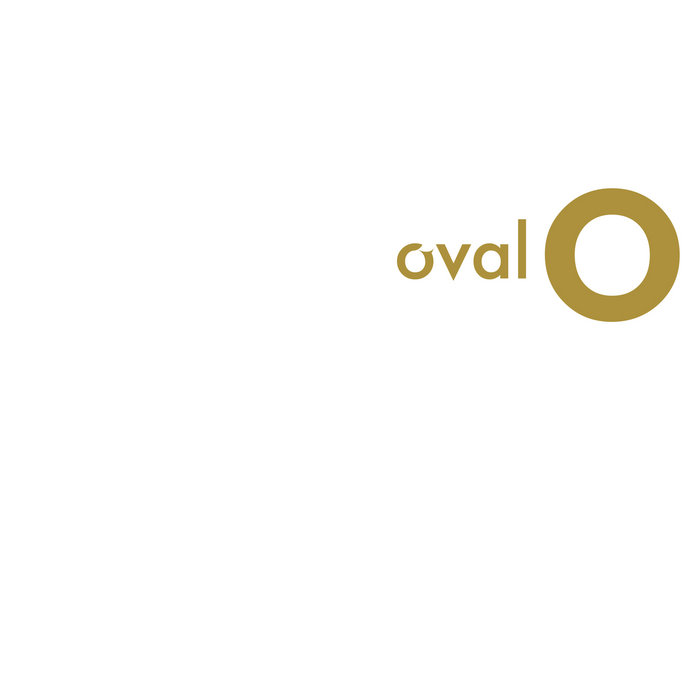 “A triumphant return for Oval, both musically and intellectually. This is meta music for the soul.” - FACT Magazine

“Where there used to be glitches and electronic noise there are now guitars and drums. But that is the least important thing on “O”. What is truly relevant, his distinguished past aside, is that Oval has done it. Again. He has given birth to a record that could and should change the route of modern music.” - Playgroundmag.net

"It's one mark of genius that the more you try to be different, the more you sound like yourself. It's wrong to overstate the continuities over the immediately obvious difference, but this music could only have been made by one man.” - Wire

“Incredibly, through a ten-year gap, complete shift in approach, software and even ideology, Popp has still managed to make what still sounds like an Oval album – possibly the best one of his career.” - Exclaim.ca

“The floating, lively and energetic music on these two formats simply cannot be passed over this year. Reinventing yourself can hardly be done any better.” - De:Bug

“To call Oval an electronic music pioneer is like saying James Joyce ‘kinda did things with novels.’” - The Stool Pigeon

“That Popp is able to work all these elements into anything remotely rhythmic is testament to his programming skills; that the end result is so endlessly listenable, is miraculous. “New start” or not, O is a work of vibrant and often brutal beauty that proves good things really do come to those who wait.” - The Quietus

“The new Oval sounds clean and quick, with each pluck, quiver, and beat standing out in stark relief... O is not a retro move, but the work of an artist dealing with the now.” - Dusted

“A guitar dangling over his shoulder and equipped with a remarkably unconventional approach to harmony, Popp is doing things his own way, walking hand in hand with his laptop and finding the perfect medium between personal expression and computer-aided composition.” - Tokafi.com

“Listened to closely, each track reveals a precise and jewel-like structure, while in it totality, O refuses any intimation of form that might restrict the experience of listening to it. With its constant changes in tempo, O appears to stretch time elastically, becoming seemingly endless.” - BBC Music Review

“It's lovely, it's pleasantly unsettling... It takes a very different route from his earlier work. If it ends up in a very similar place that just suggests his musical sensibilities have been asserting themselves all along.” - Pitchfork

“Popp is smart enough to achieve the unheard, deft enough to have a signature sound without doing the same thing over and over again. Like Eno 20-plus years ago, his work is not only superlative, fascinating and totally listenable, it’s a template for future research.” - Mike McGonigal

Popp, who lives and works in Berlin, took some time between his last release under the moniker SO and the "Oh" EP because he wanted the new material to be a radical departure from his old concepts and methods on all levels, to essentially be a second "debut" album. For "O" Popp's creative process shares nothing with his creative process for prior Oval albums. Previously, Popp focused on the creation of the programs that would process sound and effectively create the music. As a musician, Popp's process was more theoretical in nature. Creating the platform and knowing what that platform could and should do to the sound sources. He selected the sound sources and then turned it over to the platform. For ”O”, Popp uses an instrument that is very common, a stock PC outfitted with stock sounds and plugins. He no longer uses or creates a custom platform, but instead utilizes a readily available instrument. What he has done with this instrument highlights Popp's, perhaps for the first time, musicianship. Popp spent years woodshedding with his instrument and worked diligently to push the instrument beyond its normal sonic boundaries.

What is striking to note is that while the sound sources, and the process versus musician aspect of the music could not be more different, the resulting music shares qualities with the music that came before. It can be heard in the tempo and in the timbre. While the musician in Oval was formerly secondary to the process, now it is the primary creative element and his evolution as a musician can be clearly followed. Popp is often credited with creating the clicks and cuts genre of electronic music. Now this genre defining artist is putting forth the musician that was hiding behind the technician.

The result is a celebration in delicacy and detail: handcrafted polyrhythmic phrases, riffs and structures, bristling with tiny resonances. Popp is celebrating rhythms, scales and harmonies on a small and large scale, instead of reveling in theory and meta-discourse. The performances on this record represent a high level of skill on his instrument, while the resulting music is striking, compelling, and ultimately rewarding. "O", named for a new beginning, (ground zero if you will) is just that, fresh and new. (The EP title was a playful word game based around the album title.) The album, made after years of practice, is for Popp about the music. It is not about the impetus to start playing or some theoretical exercise in “programmed vs. played” or “new Oval vs. old Oval”. These comparisons, for him, are meaningless.

On Disc 1, the ten longer pieces range from delicate, sophisticated pop to brutally torn, electro-acoustic riffing full of angular, colliding guitar sounds. All of the songs are peppered with expressive and open drumming. Interestingly the tracks were not built around a rhythm. The drum playing was an organic part of the song evolutions, being written at various points during each individual song's recordings.

Disc 2 features no less than 50 concise, highly detailed pieces that are a conscious nod to the culture of instant gratification. Attentions spans are noticeably changed and the culture of organic discovery is gone from the mainstream and replaced by a hunger for the new. Consumption and criticism at warp speed. Portability dominates the art form to an extent never before seen. These tracks represent Popp’s personal challenge to create pieces within a constrained framework that addresses this aspect of music culture. Popp has even referred to these pieces as ringtones. These one-minute tracks have a melodic finesse and associative power that are unexpected under such constraints and are ripe for future sampling projects.

“O” is Markus Popp’s long-overdue and deeply personal love letter to music. It’s for the listener a new chapter in a fascinating, ongoing critical dialog with music by one of the true innovators of contemporary audio.

Trailblazing glitch masterpieces (1990s), delicate, hyperreal, futuristic post-rock vignettes (after 2010), now even club bangers with a twist (2016) - Oval continues to be a celebration of innovation, skill & sensibility. With an undeniable instinct for the pleasantly irritating, the drastic & the dreamy, M. Popp keeps on pushing the envelope. No one out there plays the computer quite like him. ... more

Bandcamp Daily  your guide to the world of Bandcamp

Featured sounds from Fly Lo and Ahmed Idris, plus Mother Nature hops on to drop off new project